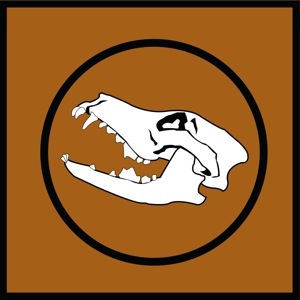 Wind Clan or Death Clan are two different clans who share the same moon and many of the same powers.

Your Moon: As a Wind or Death Werewolf as you may choose to become, you draw power from the Wind Moon in March (Northern Hemisphere) or in September (Southern Hemisphere).

Human Form: Both Wind Werewolves and Death Werewolves are considered driven, intense, willful, intellectual, mystical, musical and stubborn. In human form you Wind Werewolves may be identified by your crazy hair and your love of music.  For example you can likely carry a tune or remember a song easily and/or play an unusual wind instrument. You may also love wind sports like surfing and sailing or flying kites and travel.

If however if you have gone to the Death Clan, then your talents and skills while similar to that of Wind Werewolves are often put to more mystical or abstract pursuits. You may also at times be called upon by the reapers who are allied with your kin to assist one of their kind on a mission so be prepared…

Wolf Form: Whether Wind Clan or Death Clan is your final destination, your wolf form is sleek and fast with spiky fur. Your powerful howl can strike fear into an opponent’s heart or summon an ally to you in no time.

Hybrid Form: Both experienced Wind Werewolves and Death Werewolves can achieve a hybrid wolf-human form with the help of training and certain clan secrets, however this form can be unstable and short-lived for you under some conditions and it takes you a considerable degree of energy to maintain.

With the right training Death Werewolves can also achieve a shadow form that will enable you to visit the Underealms with the reapers.

Habits & Customs: Both Wind and Death Werewolves carry a tiny instrument, often a whistle worn around the necks or wrist (gold not silver!) This whistle is silent to human ears but when you blow into it long enough, the sound will trigger your transformation processes and help you to channel some of your powers. Losing that whistle can mean losing control over your inner wolf.

Wind Werewolves are encouraged to keep their human and lupine separate and secret but they are not obligated.

Social Structure: Wind Werewolves are very social in both human and werewolf form yet they need open spaces. For this reason they tend to travel in groups of no more than three, and often prefer to live and crib in coastal areas.

Death Werewolves are more solitary, and may be found cribbing up in the sailboats or lighthouses or abandoned castles by the sea.

Allies:  Wild Clan has two unusual alliances with the leprechaun kind as well as a more troubled history with angelic beings while the breakaway Death Clan is by definition allied with the reapers who will call on you to pay for your powers by assisting them with their work from time to time.

Powers: As a Wind or a Death Werewolf, you can use your powers in different ways depending in part on your choices, including your choice of of Alliance and Mythos.

Wind Werewolves may choose between Akasha and Aeolian Alliance. Those who choose the Akasha Alliance sometimes choose to go by the alternate name of Death Wolves.

When challenged, Wind Wolves gain power from the North East and in the early morning hours, particularly at sunrise and in wide open spaces.

62 thoughts on “Wind or Death Clan”