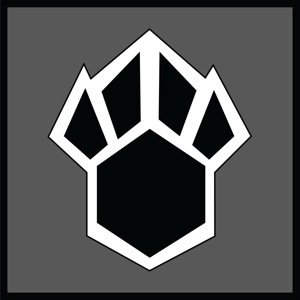 Ice Clan can freeze and slow almost anything.

You would be likely to experience your first transformation beneath the Ice Moon but if you don’t, expect to undergo a Ice Clan ritual on your first Ice Moon with the clan.

Human Form: Ice Werewolves are usually considered cool quiet, serious, introspective and mystical. In human form, Ice Werewolves are generally solitary and don’t tend to hang out together much although some may choose to identify themselves with diamond or crystal-shaped markings or jewelry.

Wolf Form: In wolf form, Ice Werewolves usually have long, thick gray or white fur and often gray or dark blue eyes. Their glittering claws are hard as diamond and have the appearance of diamond, with the ability to summon and freeze water instantly and fracture ice but they are also flexible enough to give the Ice Werewolf excellent traction on icy surfaces or function as skates. For this reason many Ice Werewolves like ice sports including: speed skating, bob sled, hockey, figure skating, ice fishing. Ice Werewolves are understandably very concerned about global warming.

Hybrid Form: Experienced Ice Werewolves are very good at achieving and maintaining a hybrid form. Once they learn the skill, most Ice Werewolves find they can easily transform parts of themselves on demand to circumstances with the help of their training.
*Except of course under extreme heat conditions, a weakness their enemies do tend to exploit.

Ice Werewolves must keep their wolf and human lives very separate on pain of punishment by the clan.

For safety, Ice Werewolves prefer to move and hunt in groups of six, in a hexagonal formation which mirrors the structure of ice. They form tribes in numbers that are multiples of six.

Social Structure: As an Ice Werewolf, you will likely build your cribs in secret mountain caves, high up on the world’s tallest mountains, and sometimes share them with six other Ice Werewolves. These caves normally contain a gushing underground hot spring. The warm water helps you transform fully back to human form and warm up after a difficult moon before returning back to human society.

Allies: For centuries Ice Werewolves came into conflict with their mountain cave-dwelling neighbors the Bigfoot families and also certain demigods too but over time this has mostly been worked out and now it can be said that Ice Werewolves usually find strong allies in the mountain Bigfoot or Yeti.

Powers: As an Ice Werewolves, you can use your cold powers in different ways depending in part on your choices including your choice of Alliance and Mythos.

As an Ice Werewolves you can join one of two alliances, either Hydran or Aeolian Alliance. Your skills and abilities will vary depending on which one you join.

As an Ice Werewolf, you can draw most power facing North, in the earliest hours of morning right after midnight local time, by fighting in groups of six and also by choosing a cold, damp location.