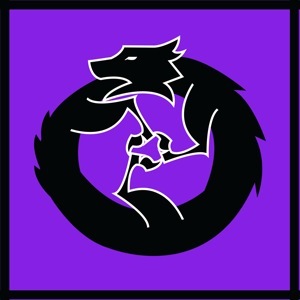 Ghost Clan can learn to disappear in whole or in part & some may even learn to teleport.

Should you be located in time, you may also be initiated by a Ghost Clan beneath your full Ghost Moon when the time is right. Rumours swirl that this initiation involves the presence of ghostly allies, but this is remains a closely guarded clan secret and can neither be confirmed or denied here at this time.

Human Form: Members of Ghost Clan are often reserved, enigmatic, poised, hard to get to know sometimes or even shy and a little bit distant. Humans who don’t understand might think that you’re a snob but Ghost Werewolves are just a little bit preoccupied with the constant din they can always hear from the Other Realms.

In human form Ghost Werewolves are usually pale with pale eyes but they like bright cheerful colors, painting, loud music and dancing to shut off the noise. Ghost Wolves are excellent dancers.

One dead giveaway you will have to be careful about – Ghost Werewolves are said to have no shadows though you will sometimes exhibit a colorful aura in photos. They are said to learn how to trigger and control their transformations and their powers with the help of three kinds of rare shadow dust.

Wolf Form: In wolf form, you Ghost Werewolves are generally small, skinny and light on your feet. You are overall among the fastest and most agile of all the wolves. Your ears are pronounced and longer than other wolves and you use them to sense the presence of ghosts in a location. You have a superior sense of smell. You can make yourself disappear in a swirl of dust but only if you stay moving. As soon as you remain still, the dust settles on you and your form will manifest.

Hybrid Form: As a member of Ghost Clan in time you may learn certain tricks and gain tools that will enable you to achieve a ghostly human-werewolf hybrid form with some ghostly powers. But you must be aware that these powers will be vastly different from other werewolves and will need to be mastered if you want to survive in combat in the real world and should not be trained alone.

Habits & Customs: Many Ghost Werewolves become a little bit obsessive about dust. You will hate it touching your clothing or possessions but at the same time you can sometimes identify a Ghost Werewolf by the dust surrounding them.

Paradoxically Ghost Werewolves learn to control their transformations with a special dust thrown into the air that produces an automatic transformation on impact.

Ghost Werewolves are not obligated to keep their human and wolf sides separate and secret but most of them prefer it. If their identities are revealed they will attract a lot of human followers begging them to contact ghosts of loved ones.

Social Structure: For safety, Ghost Werewolves prefer to move and hunt in groups of three. They tend to build their cribs in abandoned houses which might be haunted.

Allies: As the only werewolves that can see and communicate with ghosts, Ghost Werewolves find both allies and enemies in the ghost realm.

Powers: As a Ghost Werewolf you will be able to use your powers in different ways depending in part on your choices, including your choice of Alliance and Mythos.

Ghost Werewolves may choose between Pyros and Aeolian Alliance.

When challenged, Ghost Werewolves draw power from the South and in the early afternoon and fighting in places that are known to be haunted.