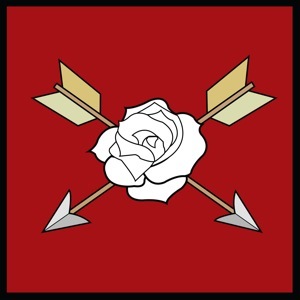 Frost Clan’s frost flowers are not what you think…

Human Form: As a member of Frost Clan you are generally regarded as calm, philosophical, creative, peaceful and mystical.

In human form, you may be a social chameleon, able to blend in with friends from many different groups. Among other things, Frost Wolves are known for their love of root beer floats and snow cones.

Wolf Form: As a Frost Wolf in wolf form, you are best known for your thick white-translucent fur. But it’s not just warm, it gives you chameleon powers and can in many circumstances make you almost invisible to challengers. Because your body temperature is several degrees lower than most other wolves, you are able to slow down your body processes and so still that you will be virtually undetectable

Your claws are the shape of frost arrows that enable you to deploy several different kinds of frost. You may not the fastest werewolf around but your pale eyes have night vision that enables you to prepare yourself for challengers.

Hybrid Form: As an experienced Frost Werewolf you can master certain techniques to enable you to achieve a human-werewolf hybrid form. Unlike many other werewolves in hybrid form, yours will be highly stable. In fact, at times you may find your hybrid form a bit too stable. Most Frost Werewolves are better at achieving hybrid form than breaking it. This can lead to some complicated and often dangerous situations.

Habits & Customs: Frost Werewolves are very peaceful and creative. They seem to be more interested in how to use their powers creatively than in combat. That said, they will defend themselves and what they believe in without fear.

(Be careful though – some Frost Werewolves become such good meditators they can be mistaken for ice sculptures.)

Social Structure: The Frost Clan is normally a calm and contemplative bunch. Their training program is deceptively relaxing, if pretty cold. Among other things, it involves long periods of meditation and slow motion movements that can slow the world down.

Members of Frost Clan train and sometimes prefer to live in remote locations below freezing.

Frost Werewolves often have penguins for pets – while others wish they didn’t! But what do you do if a penguin follows you home one day?

Powers: As a Frost Werewolf, you can use your powers in different ways depending in part on your choices including your choice of Alliance and Mythos.

As a Frost Werewolf you can join one of two alliances, either Terran Alliance or Hydran Alliance and your skills and abilities will be vary depending on which one you join.

As a Frost Werewolf when challenged, you draw maximum power from the West, in the hours just before midnight, in isolated locations where the climate is low lying, cold and humid. These represent your safest times.