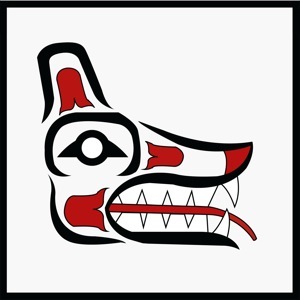 At the beginning of time, Sirius the Wolf Star became enraged when he was not invited to attend a council on How The Earth Should Be Made. So he sent a wolf to steal the first humans before they could be released from the whirlwind bag of The Storm That Comes Out of the West.

Unfortunately, Sirius dropped the bag and the humans spilled out and fought for their lives. When the star wolf tried to round them up, the humans ran and all of them got away okay, except one. One human received a vicious bite from Sirius, the Dog Star.

The human survived but not before some Sirius’ star dust travelled right to his bones. The Wolf Star was able to track him through the stardust in his bones and claim him and all of his descendants for his own.

Being a dad seemed to make Sirius happy though and began to take care of his human children. As a result these werewolves would eventually claim the Wolf Star as a source of additional strength and power, even while they sometimes feel very angry about their star-crossed lives.